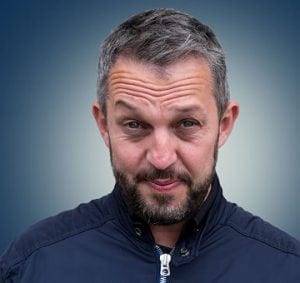 Everyone knows that magicians are great for parties and weddings, but as a professional magician I know lots of other places that I know work brilliantly. Here are a few that many maybe wouldn’t have thought about.

It’s so hard to come up with the right entertainment for a client party. Canapés, drink and networking are the norm at theses events, but what about entertainment? Background music really isn’t that entertaining. A great mix and mingle magician will perform for small groups, create conversation and help conversations.

Companies spend thousands of pounds on their stands but often the staff will just stand there next to their giveaway pens for 3 days without any new customers. A magician is a great way to get people to stop and engage in the stand. By wowing people and giving them a memorable reason to stop you make make the investment worthwhile.

These events are really popular now and a brilliant way to team build. Having a drink at the 19th Hole is always fun, but having a magician entertain is a way making sure everyone will have a great time. Either mix and mingle magic or a performance for everyone to go alongside the prize giving works excellently.

School proms are very exciting as it’s often the first time many have been to such an event. A great magician will make sure the kids have a brilliant time.

I’ve been asked a few times to help with the proposal. Obviously weddings are a very popular place for a close up magician, but a magician at the proposal is still fairly unique. I usually perform for around 10 mins, make the ring appear and then let the man takeover. I currently have a 100% success rate for ‘Yeses’. Currently.

Places you might not have thought about having a magician was last modified: May 13th, 2017 by Alan Hudson