With the risk of sounding like Dad, social media has really taken off these last few years hasn’t it? On almost every ad on the telly you get some sort of #hashtag and everyone has a Facebook, Twitter or LinkedIn these days (or all 3). 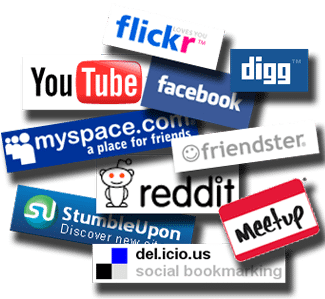 The main problem I have is, as a magician, what do I put on them? I have a Facebook page that connects me to all my friends, family, other magicians (some of which I would class as friends) and people that have either booked me or seen me. What can I put on there that is relevant for everyone? I guess the answer is, you can’t. It’s impossible. No matter what you put on, someone is going to think it’s stupid, or irrelevant, or will think it’s bragging. Unfortunately, often they would all be right.

Good general rules are to stay away from religion and politics (unless you know a lot about that particular subject and it’s part of your brand. For instance, you are the Political Magician. There isn’t one as far as I’m aware. The closest I know is Ian Saville).

The initial instinct when starting out on the socials is to put what you are doing and where you have been booked. You think that people will see you being successful and will like you more. Or book you. In actual fact, especially in Britain, we hate to see people big up themselves. Look at BGT or X-Factor – if anyone comes on giving it Billy Big Potatoes we instantly hate them. However, if someone told a tale of getting bullied at school in Bradford and getting pushed down a hill in a wheelie bin we are much more likely to like him (this is a great idea for someone btw – would definitely win the hearts of a nation).

Maybe you update your status with a picture of your flashy car or expensive watch. You think that everyone will be impressed and want to be your friend. Project the life you want and it will come to you. This normally has the negative reaction. Think about how you feel about that person when you see someone do that and it gives you a pretty good indication of how everyone else thinks too.

If I put on social media every single one of my jobs, it would get very repetitive and boring quite quickly. My friend Matt works in a mobile phone shop. If he tweeted about every time he arrived at work and followed it up with pictures of every mobile phone he sold, everyone would have muted him by now. I have another friend (I’m showing off now with my 2 friends) who mainly updates her statuses about her life fails (losing her mobile phone, falling off her moped etc) – this makes her a lot more likeable and funny.

As a magician, surely we have an advantage over someone who, say, sells shoes for example. If they tweeted ‘Just sold another size 10’ or ‘off for an exciting meeting about shoes – can’t say much now though’ we would think they were insane. However, the magicians art is largely visual – we can make videos of our tricks. We can show people what we do. Maybe a new trick just for the viewers at home. Maybe part of our act that we really like. Maybe, just maybe, you put on something that people actually want to see and will ‘watch, like, share’. Surely that’s better than just repeating “book me now #magician #party #wedding #corporate #funerals”.

What if I don’t put those pictures of an empty hotel banquet hall on mine and everyone else’s news feed? Will people think I’m not working? I imagine they will think (if they think of you at all), that you are too busy working to be on Facebook. Who knows? Not me. One part solution is to have a business only page (which I have done). Trouble is, it’s still the same in a way. I don’t follow any company that only posts things about how good they are. Why would I? I follow a few comedians on twitter who say funny things. Comedy is king. Maybe that is the answer? Maybe just put on funny stories of funny things that happened at gigs, or things that went comically wrong (no one wants to hear that you ‘stormed it’). Who knows? Not me.

A good tip for texting or putting on statuses is to write it out and wait 10 minutes before you press send. If you come back in 10 mins and still think it’s a good idea. Great. Go for it.

I waited 10 mins before posting this article. Maybe I should have waited longer.

The Social Magician was last modified: May 15th, 2015 by Alan Hudson
Wedding Magician Warwickshire
How to be a good close up magician