There’s been a lot of chat recently about the state of magic on television, especially amongst magicians who are not on TV (or not on TV anymore). Often it can come across as being bitter and jealous. And often it is.
However, having had a chat with several knowledgable magicians who have been around the Billy Blockhead a few times, I have a few thoughts on this. 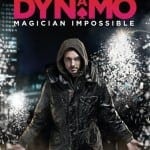 First of all, magic on TV is not always a good thing. People think that any magic on TV is good as it keeps it in the public eye. This is obviously ridiculous – if it’s bad magic it doesn’t do anyone any good.

The current splurge of TV magic shows often contain seemingly good magic to the untrained eye. Dynamo and new kid on the block, Troy both have apparent great magic on their shows. Some of it is really good, some of it not so much.

A few years ago people seemed to believe everything they watched on telly, although in my experience that is starting to change. More and more people seem to be aware that it’s just “TV magic”. Most intelligent muggles I speak to know that David Blaine’s levitation is a camera trick to enhance his actual trick of a much lower levitation (and many know the method for that one too).

I don’t blame any of the performers doing these type of shows. You can’t do 4 one hour shows with a few sponge balls and a deck of cards transforming in to a glass block in someone’s hand. Not only do the public want more on their television screens, so do the TV companies who make the shows. It would take a magician of strong character who would turn down such a show (I know very few who would say no – I’m not sure I would be so strong).

What happens is they have to consistently come up with bigger and better tricks than have come before. Also, with YouTube etc and the ability to watch tricks back over and over again, the methods have to be more devious and bulletproof than in the past. Paul Daniels never really had this problem. People would watch his trick once on a Saturday night and talk about it on Monday next to the water cooler, possibly misremembering certain facts (one of the magicians biggest weapons in his arsenal). Nowadays, kids can watch back the trick a hundred times and discuss online with thousands of others to get the method, then posting a spoiler on Twitter within an hour of the show airing.

I’m not having a go at the magicians. Like most magicians my age who have constantly gone to magic conventions, I’ve known Dynamo for many years and he’s a really nice guy who cares about magic and works hard. But many magicians come across the same thing when working at events such as weddings or client parties. “Can you put my phone in a bottle” or “Can you walk through that window” and other impossible tricks that you simply can’t perform in the real world. Now, personally I don’t think it’s actually that much of a problem. Once you do some magic for them it makes it personal and is actually more powerful for that person at that time. That’s something TV magicians have a disadvantage for – they can’t connect with the person at home and make the moment of magic personal for them. If something amazing happens with your ring and you can’t explain it, that is just as magical and possibly more powerful that seeing a guy on telly float off the top of a pyramid.

Almost all TV magicians have used the camera to their advantage – it’s nothing new. David Copperfield and Derren Brown, two of the greats, have used a certain amount of camera trickery to help embellish the tricks for people watching at home. The main difference with them, is that they are brilliant live performers who can do a good approximation on stage every night to standing ovations.

What’s the solution? One great idea is just to rename the art. A name for TV magicians and more importantly, giving it a special genre of its own. ‘Media Magic’? A way to absolutely differentiate the idea that they may be doing some kind of TV trickery, editing etc to achieve the ‘miracles’. That way, people can enjoy the magic on television as good entertainment but without confusing on screen and what can be done live.

The other solution is to just be good at what you do live. Great live magic will always win in the end. Be funny. Be interesting. Be different. My favourite magicians are the ones that can do this in front of live audiences, who keep coming back time and time again. Penn & Teller’s live show is one of the best shows (and I don’t just mean magic show) in Vegas and possibly the world.

Time will tell if TV magic can survive in it’s current state, but until something happens and it’s reinvented again in another format, if you are a magician it’s best not to worry about it and don’t whine on social media. You just make yourself, and the rest of us, look bad.