In August I’ll be performing at the Edinburgh Fringe with my show Trick Teaser – tickets here. If you are in Edinburgh this August, please come along. It’s a fun show with comedy, magic tricks and participation. Fun for almost all the family (well 14+)

A segment in the show is a running theme called “Tricks from TV shows”. I don’t give I’m giving too much away by saying that I’ll be doing magic tricks loosely based around TV theme tracks (Game of Thrones, Breaking Bad etc). You don’t have to have seen the TV shows in question to enjoy the tricks but I think you’ll like them a bit more if you have. It’s been great fun thinking of tv themes and matching magic tricks to go with them.

One effect that me and my friend Noel spent a lot of time making and working out didn’t make it in to the show. It was adapted from an existing magic trick for sale where you produce a pack of cards. It was going to be part of a Mad Men sequence but apart from this bit, the rest felt a bit too much like some of the other bits in my show.

As a magician, you spend a lot of time making and coming up with new things that your audience hopefully hasn’t seen before. Unlike a comedian who can write some material on the way to a gig and try it out that night, a magician has to invent, make, rehearse, routine etc – this can take an incredible amount of time. And if that idea doesn’t work or doesn’t fit in with the rest of the act, it can be very frustrating. At least these days with social media, you can still show people the work so that is a bonus – hope you enjoy. 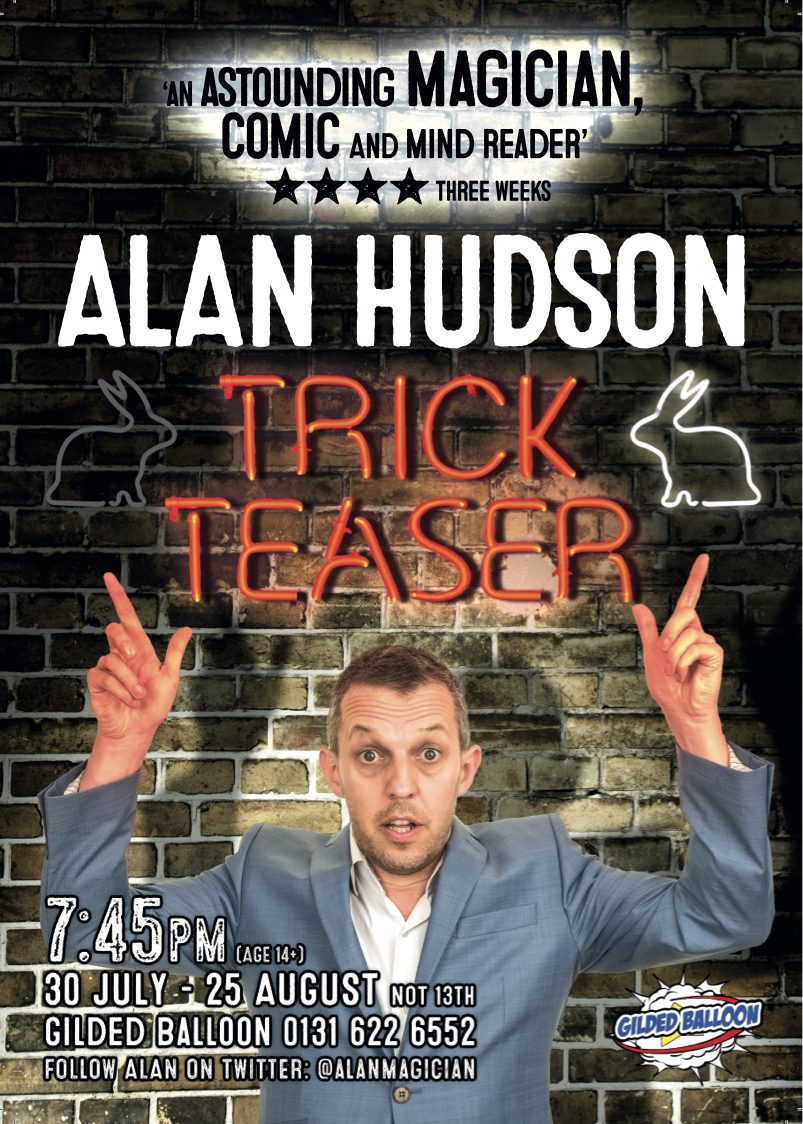 A great magic trick that didn’t make it in to the show was last modified: February 26th, 2022 by Alan Hudson
Edinburgh Magic Show – Trick Teaser
Trick Teaser from Edinburgh Festival