Over the last few years I’ve been asked to host a lot of awards ceremonies. After I perform my stand up, after dinner magic act I’ve been asked to hand out the company awards. I’ve now worked out a way of doing it well, with a few magic touches, that makes it really fun and a bit different.

Award ceremonies can often be a little bit boring for the people not winning. And what starts out to be a room full of wide eyed optimism, can turn in to a room of disgruntled losers! So, it’s a great idea to make sure everyone is fully entertained whilst the winners are picking up their awards.

If you know anyone at your company who organises similar things, and think they might like a funny magician, please do them (and me) a favour by passing my details on and singing my praises. 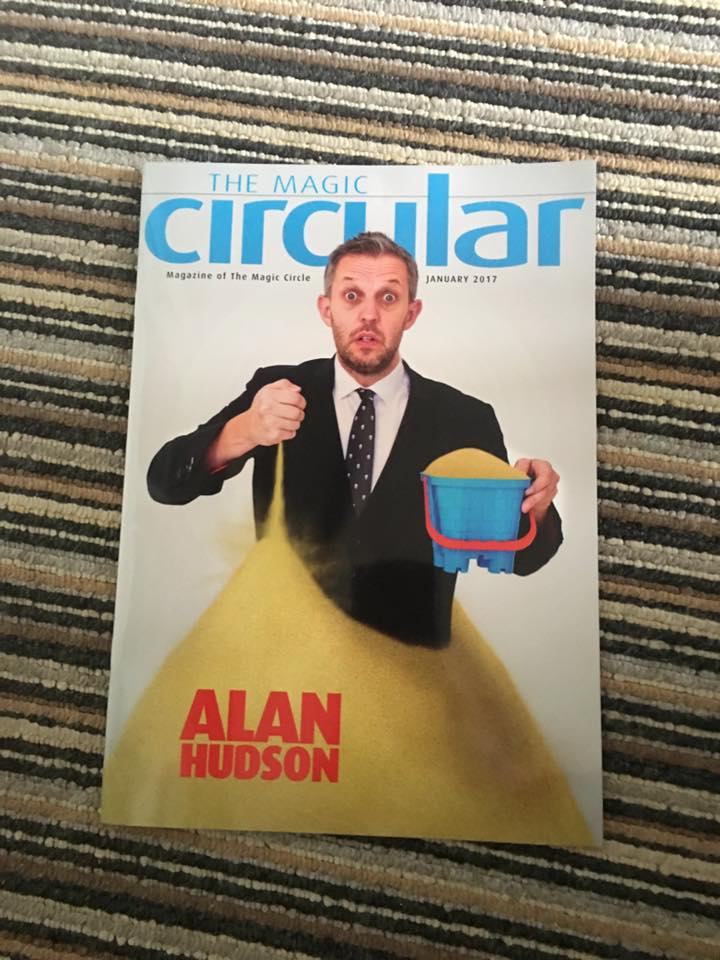 2017 was an epic year for me – I got married, I did my 5th repeat performance at The Magic Castle in Hollywood, I became a Member of The Inner Magic Circle (less than 250 in the entire world) and was also the cover star on The Magic Circle magazine, The Magic Circular. Along with that, I’ve been in talks for more TV appearances, possibly writing a magic book for the public to learn magic and other exciting projects.

I also had a first – coming up with tricks for another magician/mind reader. His full time job is as a detective and got asked to be a part of a primetime TV show, A Night for The Emergency Services. As he’s also a mind reader he got asked to perform a piece on ITV. It was interesting (and a bit strange) to be behind the camera and come up with and write bespoke magic that I didn’t have to do. It all went amazingly well and hopefully doing more of that in 2018. It’s certainly a lot less pressure.

Now taking bookings for 2018 and beyond. If you have something coming up, as always, get in touch.