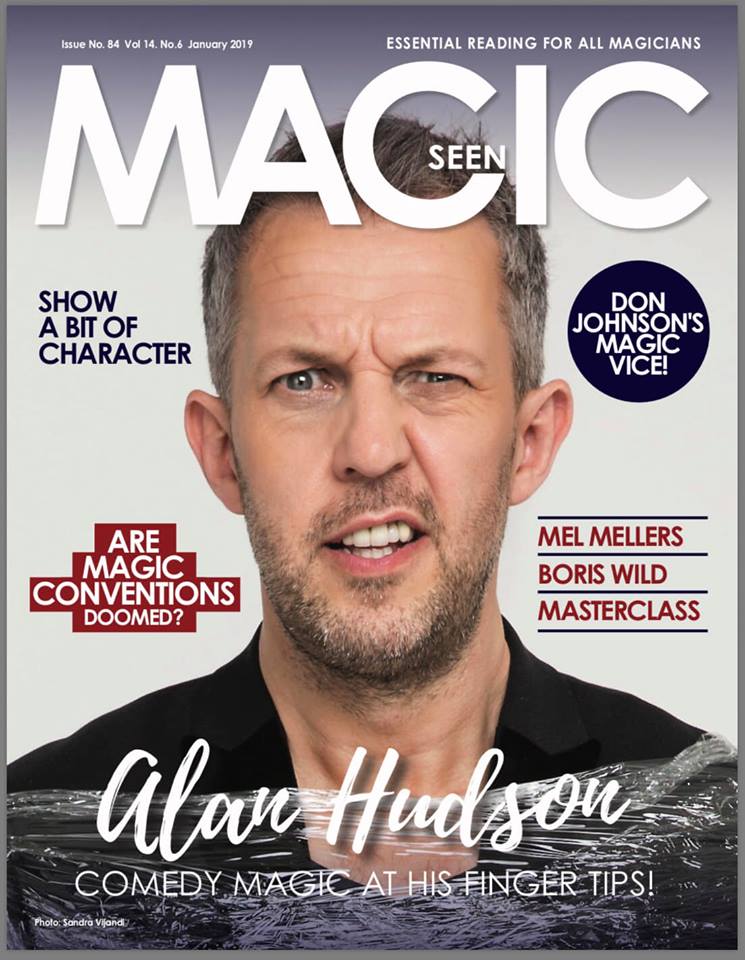 Now on issue 84, it’s had everyone on the cover from David Copperfield, Penn & Teller to Dynamo. And now Alan Hudson!

I also did an interview with them about my life and thoughts about magic which goes over 7 pages.

I have been given a few copies of this magazine. If you would like one, drop me an email and I will happily send you a copy.

There aren’t many magazines devoted to magic (especially in the UK), so it’s a real honour to be chosen as Magicseen’s cover star for the Christmas edition.

If you are in to magic, or know any budding magicians, have a look at http://www.magicseen.com to see how you can subscribe.