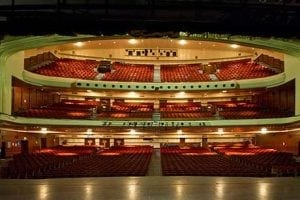 A few days ago someone asked me what the biggest audience was I’ve ever done magic for. Then, inevitably, someone asked “What’s the smallest?”. I thought I’d repeat the answer here…

The biggest was very recently at the Blackpool Magician’s Convention. Ask any magician and he will certainly know of this convention – it’s the largest in the world of it’s kind. And it’s in Blackpool. Amazing. Top class magicians come from all over the world to meet up, share tricks etc. I’ve been going since I was 16.

This year, off the back of appearing on The Next Great Magician, I got asked to appear on the closing gala show. Without doubt, the scariest show I’ve ever done. On TV, I’ve performed for about 3 million people – but only about 600 in the live audience at the time of recording. This was at the Blackpool Opera House in front of 3000 magicians! The worst audience – I know, I’ve been a part of that audience for many years.

I decided to get Jamie Raven (Britain’s Got Talent’s 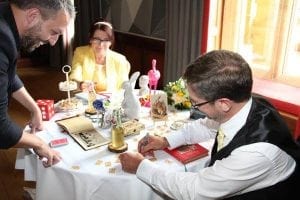 most successful magician to date) to assist me in the trick (not as a stooge, but I thought at least the audience would enjoy seeing him on stage). Pleased to say, it all went really well and I’d say was a career highlight performing with so many world class magicians. 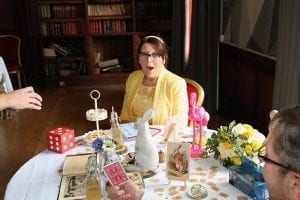 As for the the smallest audience. Just 2 people. A wedding. They decided it should just be them and they filled the room with things that they loved (Alice in Wonderland etc). I performed a 30 minute show for just the 2 of them and it was absolutely lovely! This was a few years ago and I still remember it today.